Signed and sealed: EBBA and Palanga put pen to paper for 2020 Championships

The Prime Minister of Lithuania oversees the signing of the management contract that will see the 2020 European Brass Band Championships take place in Palanga in 2020.

Confirmation that the European Brass Band Championships will be held in Palanga in 2020 has been sealed at an official ceremony hosted by the Lithuanian Prime Minister.

As reported on 4BR, it follows the decision made by EBBA at a recent extraordinary general meeting held in Amsterdam to enter into a contract with Palanga.

The management contract was signed at an event held at the Government Palace in the Lithuanian capital, Vilnius this week.

It was hosted by Prime Minister, Saulius Skvernelis and made in the presence of the Minister of Culture, Liana Ruokyte Jonsson, as well as members of the 2020 event organising team, officials and EBBA representatives.

The official document was signed by the Mayor of Palanga, Sarunas Vaitkus, EBBA President, Ulf Rosenberg and EBBA General Secretary, Kor Niehof, and concluded an extensive, and at times sometimes fraught process that stretched back to Lithuania's initial expression of hosting interest in 2012.

At the signing ceremony, Prime Minister Skvernelis expressed his opinion that he felt that it was an important goal to see what he called "great international cultural events"held in the country. The Minister of Culture also expressed her strong support to the 2020 event.

The 2020 festival will also include the European Conductors Competition and the European Youth Brass Band Contest alongside other attractions and events.

Following the signing ceremony, EBBA President, Ulf Rosenberg, stated: "I am very pleased by the strong support expressed from the Prime Minister, the Culture Minister and the Mayor of Palanga.

It is high time to hold the EBBC in an Easter European country, and the decision to go to Lithuania reflects the strong development of the country's brass band movement over the last decade."

At the signing ceremony, Prime Minister Skvernelis expressed his opinion that he felt that it was an important goal to see what he called "great international cultural events" held in the country4BR

He added: "The EBBC at it best can function as a flagship for the local banding movement, and play an important inspirational part in the further development of brass bands in the country.

We are now looking forward to the detailed planning of the Championships with the local organising team." 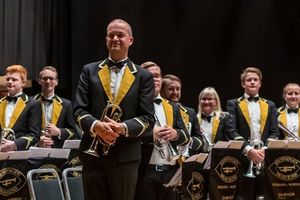 March 31 • Henning Anundsen returns to the principal cornet seat at Eikanger as Stanley Westh prepares to return to Denmark.

March 31 • The popular North East Derbyshire District Council Festival of Brass is the latest contest to be cancelled due to the Coronavirus pandemic. 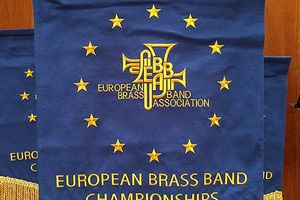 March 31 • Agreement has been reached to place a performance and recording embargo on the 2020 European Championships test-pieces by Philip Sparke and Vaida Beinariene. March 28 • Players and beginners of any standard are always warmly welcomed, especially some more solo cornets and Eb horns. Feel free to drop in, even if you just fancy a blow or just want to try another instrument.

March 23 • Recently promoted to the first section. Foss Dyke invites applications for Musical Director to commence on the return of rehearsals post COVID-19. A friendly well attended band. We are looking for a MD who can continue our heritage of quality music making

March 23 • Looking for a change after the areas? After placing 1st at Brass at the Wyre and a credible 6th place at the recent North West Areas, Golborne Brass require the services of a confident and committed Principal Euphonium & Eb Bass to join our friendly band!