The last piece in the qualification jigsaw for the 2020 European Championships was put in place at the Cultural Centre Zwaneberg in Heist-op-den-Berg on the weekend as Brassband Willebroek claimed their 22nd Belgian National Championship title.

Led by the inspirational Frans Violet, they secured their trip to Palanga by producing outstanding accounts of the set-work, 'Dynasty' by Peter Graham and their own-choice selection of '*****' — Concerto No 10 for Brass Band and Ondes Martenot by Swiss composer Ludovic Neurohr.

The defending champion also made it a hat-trick of victories as adjudicators Florent Didier, Peter Graham and Sheona White paced them top of both disciplines to secure a clear margin of victory over runner-up Festival Brass Band with NoordLimburgse Brass Band in third.

The set-work saw the eventual podium finishers head the field of eight contenders headed by Willebroek's commanding rendition of 'Dynasty' marked by precision and attention to detail linked to their renowned warm tonality, aided by excellent percussion.

The ambition of their own-choice selection was certainly matched by the quality of their performance (the ondes martenot performed on a ipad app) as Frans Violet drew out the rich textures and timbres of each of the five linked sections of the work, whilst the individual solo lines were played with noted artistry — notably by 'Best Soloist' award winner Toon Rutten on tuba.

Festival Brass Band gave an emotive rendition of 'A Brussels Requiem', whilst the eerie sound of the ondes martenot was heard for a second time as NoordLimburgse also opted to perform Ludovic Neurohr's evocative composition, although as the judges later confirmed, Willebroek was a 'clear winner'.

Former champion Brass Band Buizingen made a highly encouraging return to the event after a year away, as they ended fourth. Directed by former principal cornet Harmen Vamhoorne, they were placed third in the own-choice element with the premiere of 'Cycles' by composer Stan Nieuwenhuis.

The remaining top-six places went to Brass Band Heist who performed 'The 39th Parallel', with Kortrijk Brass Band in sixth with their own-choice selection of 'Journey of the Lone Wolf'.

There was a familiar face leading a band to success in the First Division as Luc Vertommen directed Brassband Gent to the title.

The band had previously claimed the Third and Second Division titles, but this was their first taste of victory since 2011 as they overcame the strong challenge of defending champion Brassband Scaldis, with Kon BB de Grensbewoners Smermaas in third.

Scaldis was unable to maintain the level of their set-work as they made a few too many minor errors on Etienne Crausaz's 'Sinfonietta No.3', whilst BB de Grensbewoners Smermaas gave a fine rendition of 'Facets of Glass' by Tom Davoren.

Unfortunately there was only the one performer in each of the Second and Third Division competitions.

It was the band's fourth consecutive contest victory following success at the 2018 Flemish Open and Third Division Belgian National Championships and the Dutch Open earlier this year.

United Brass conducted by Jan De Maeseneer took the Third Division title for the second time in four years with well-directed accounts of 'Purcellian Fantasia' by Jan de Haan and their own-choice selection of 'Red Mountain' by Marc Jeanbourquin.

The Open Section also saw just one entrant, although the youthful A.M. Brass from near Antwerp showed a great deal of solid endeavour in a 30 minute own-choice programme set conducted Bernd van Echelpoel. 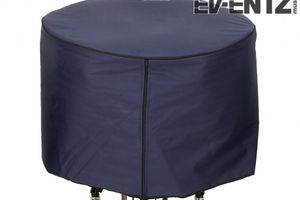