Michael Dawson has been appointed the new MD at Ware Brass

Ware Brass has announced the appointment of Michael Dawson as their new Musical Director.

The professional tuba player, conductor and teacher studied at the Royal Northern College of Music and has regularly performed with the Halle, Royal Liverpool Philharmonic and BBC Philharmonic Orchestras. He has also been a member of Fairey and Brighouse & Rastrick Bands.

He continues to work as a professional tuba and sousaphone player for orchestras and jazz and 'trad' ensembles across the UK as well as for film and television.

Band Chairperson, Lisa Huttlestone told 4BR: "We felt immediately that Michael was a great fit for the band.

He showed his excellent musicianship during his audition rehearsal and created an enjoyable and focused environment.

We are looking forward to getting to know Michael during the Christmas concert period and then knuckling down to some hard work together in preparation for the Regional contest in Stevenage in March".

In response Michael said: "I'm extremely excited to be working with Ware Brass and driving towards an exciting future with the band."

Michael's first concert with the band will be in concert later this month. 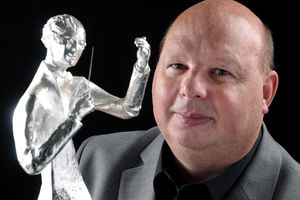 September 24 • Lord Blaston of Leicestershire — aka trombone star and conductor, Chris Jeans has been celebrating his 60th birthday today... 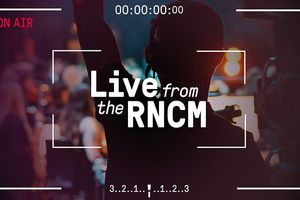 September 24 • There will be something musical to enjoy for free online from the RNCM throughout Autumn on a weekly basis.

September 24 • More great music from John Maines to enjoy over the airwaves.

September 23 • Progress is being made to create a national representative body for the benefit of Welsh banding.

September 16 • Chadderton Band is a non-contesting band playing at various events throughout the year. We are a friendly band looking for players of all ages and abilities on all sections + EUPH and percussion. Most welcome to come along and have a blow give us a try.

September 16 • Players and beginners of any standard are always warmly welcomed especially some more solo cornets and a spare percussionists to help out existing players. Feel free to drop in even if you just fancy a blow or want to try another instrument. After Covid!