The brass band world will be sending its congratulations to composer John Pickard after the CD release of his works featuring the acclaimed Nash Ensemble conducted by Martyn Brabbins and soloist Susan Bickley has won the Contemporary Category of the prestigious 2021 Gramophone Classical Music Awards.

The hugely respected composer has written a number of major works for the brass band medium — including 'Wildfire' written in 1991, through to 'Eden' which was used at the 2005 National Finals at the Royal Albert Hall and more latterly 'Rain, Steam and Speed' which was given its world premiere at the RNCM Brass Band Festival in 2018.

The Gardener of Aleppo

'The Gardener of Aleppo and other chamber works' on the BIS label covered a span of 30 years and seven compositions of the composer's career, and was described by critic Guy Richards as being "terrifically played, imaginatively programmed"to form "a trajectory from darkness"with the Nash Ensemble "on top form"and the BIS sound "stunning".

The recording was short-listed against releases of music by the likes of Louis Andriessen, Michael Finnissy, Liza Lim and Christopher Rouse.

I'm absolutely delighted that the BIS recording of seven of my works, played by the Nash Ensemble has won the Contemporary category of this year's Gramophone Classical AwardsJohn Pickard

In response to the news on his Facebook page John said: "I'm absolutely delighted that the BIS recording of seven of my works, played by the Nash Ensemble has won the Contemporary category of this year's Gramophone Classical Awards. Thank you to everyone who worked so hard on this recording!"

Each of the category winners can be enjoyed on an exclusive playlist on Apple Music.

October 18 • The death has been reported of the hugely respected player and conductor Ronnie Kennedy.

October 18 • The Ratby Co-operative Band has thanked the banding community for their messages of support and congratulations following their outstanding Royal Albert Hall result. October 18 • 1st Old Boys return to the top of the winner's rostrum as section titles head to CWA Brass and Dynamic Brass in Armagh. 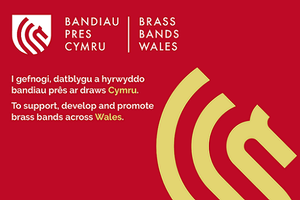 Have your say on Brass Bands Wales

October 17 • The general Quarterly Meeting of Brass Bands Wales will be held on a Zoom platform later this month — and you can have your say.

October 18 • Kit percussionist, cornet and euphonium players wanted to complete our experienced line-up. Our rehearsal nights are Monday and Thursday and we are based just outside of Stroud, Gloucestershire.

October 16 • The band is looking for a 2nd Trombone and Percussionist to join this friendly group of players. For more details of the band please see the band's website www.rushdentownband.com.

October 16 • HORN and CORNET PLAYERS required in our friendly First Section band which enjoys a balanced mix of concerts and contests. We are located just 1 mile from M62 Jcn 24. Post Code HD3 3JE Rehearsals are Monday and Wednesday evenings 8.00 to 10.00pm.